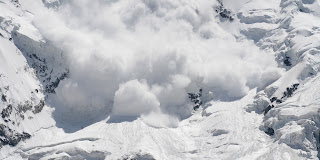 Adam and Chris had been best friends since grade school. They grew up in the same neighborhood and graduated high school together. And even though they went off to separate colleges and separate lives, they still stayed in touch.

They were in each other’s weddings, and they got together at least once a year to fish or hike or go to a ballgame.

Two weeks before Adam’s 40th birthday, he invited Chris to join him for a weekend of skiing and hiking up in the mountains. They rented a cabin and both left work early on Friday to drive up. The weather was clear Friday night, but snow was expected Saturday.

Saturday morning Adam woke early. Chris was a notoriously late riser, and Adam let him sleep. He ate some cereal and drank a couple cups of coffee and then decided to take a short walk. Slipping on a light jacket and his hiking boots, Adam strolled down the short driveway to the snow covered road, where he crossed over and headed into the forest just west of the cabin.

The air was cold, but with bright sunlight filtering through the evergreens, Adam figured he would enjoy a quick, bracing hike and be back at the cabin before Chris knew he was gone.

Suddenly the sunlight dimmed, and clouds began to roll in. The temperature dropped, and it started to snow. Adam realized he had been walking for nearly an hour, and even under the trees his footprints in the snow were rapidly filling up. He doubled back, but didn’t find the trail. He began to walk more rapidly and kept at it another hour without recognizing anything. With rising panic he admitted he was lost. And he was cold.

He decided he must get out of the forest even if it wasn’t close to his entry point. Maybe he would find a road. Late in the afternoon he finally emerged into a great clearing. The snow was really coming down, and other than the sheer face of a mountain directly ahead of him, he saw no roads or houses or any evidence of civilization. As the snow piled up, walking became harder. What would he do when night fell and the temperature dropped again?

He laboriously tromped through the snow toward the mountain, and then realized there was nothing to give him any shelter for the night. It was nearly dark now, and Adam had to tamp down the fear that rose in his chest. He tried calling out: “Help! Somebody help me!” But the snowfall and darkness swallowed his words.

Then he heard, faintly, a voice. “Adam - hello Adam!” Maybe he imagined it. But he heard it again. “Adam, Adam, HELLO!” Adam turned in the direction of the voice and screamed back, “Hello, I’m HERE! HELP ME!”

He stumbled toward the sound of the voice, and continuing to yell for help. Soon out of the white blizzard came the darkened forms of half a dozen men. They surrounded him and one of them said, “We got you, buddy. You’re safe. Let’s get out of here.”

They half-carried him for another 20 minutes, and then he was sitting in a warm SUV, and after a half hour's drive, he was back to his rental cabin. His rescuers hustled him to a chair in front of a roaring fire, removed his wet jacket and boots, and covered him with a blanket. Someone handed him a mug of hot cocoa.

“Wow, we thought you were a goner,” somebody said. “But you’re safe now!” Adam thanked  everyone profusely. “You guys are the best,” he said again and again.

But even as he expressed his gratitude, he found himself minimizing the danger he had been in. He thought, “It was great of these guys to come out to look for me. But I would probably have been okay. I could have hunkered down back in the trees, and hiked out in the morning when it was clear. ”

But as he was reassuring himself that he wasn’t that lost, an older guy at the back of the room stood up. “Adam, I’m with the County Search and Rescue, and you’re a very lucky man. Not only were you lost, but you must have walked past half a dozen signs warning you to stay out of the avalanche zone. We’ve known for weeks that that mountain was going to come down. If we hadn’t found you when we did, you would be buried under a million tons of rock and ice and snow.”

Adam swallowed hard. “You mean there was an avalanche expected where you found me?” “Not expected anymore,” the man said grimly. “Didn’t you hear that roar when we got back to the vehicles? The mountain came down about 10 minutes after we got you out. You’d have never made it.”

Adam was stunned. He stared at the exhausted faces of the men who had just risked their lives for him. And then he asked, “Hey, where’s Chris?”

The Search and Rescue guy shook his head. “He didn’t make it. He was the one who originally called us, and he was almost frantic to get to you. He was so determined to keep looking that he fell behind the rest of us. When we finally found you, we couldn’t afford to wait for him. And then the avalanche ...well, I’m sorry. He’s still up there, where you would have been, under the mountain.”

REFLECTIONS
Sometimes Christians seem clueless about how lost we were before Christ rescued us. We are thankful for being saved, but find it easy to minimize the precarious spot we were in. We think we were not that lost, and after all we were actively searching for God. We might not admit it, but in effect we claim a little credit for our salvation. We picked God when a lot of people we know didn’t.

We are often told today that God’s wrath is an Old Testament thing, long gone, and that now the God of heaven is only love, love, love. But the Scripture warns that there is an avalanche of God’s wrath that will fall upon sinners unless we’re rescued (Romans 1:18).

We were rescued, no thanks to us, but only to our Best Friend, our Christ, who gave His life to make sure we get safely home.

Posted by Jim Carpenter at 4:27 PM