Staring Directly at the Sun 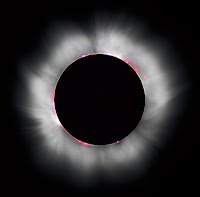 On August 21, 2017, the moon passed between the earth and the sun – and so blocked it from view in the United States. This is called a total solar eclipse, and it was a pretty big deal last year. We were warned over and over again not to look directly at the sun. Though it was darkened, it could still seriously harm unprotected eyes. Use special glasses or look via reflection.

Looking directly at the sun (darkened or not) is dangerous. That seems an apt picture of the danger sinful people face in the presence of holy God. When the Lord appeared to Israel on Mt. Sinai, His presence was so terrifying that they did not want to hear His voice, did not want to have Him come any closer. They begged Moses to represent them while they stayed safely at the foot of the mountain (see Exodus 19:18-19). Here’s one description of God’s presence: the appearance of the glory of the Lord was like a devouring fire on the top of the mountain (Exodus 24:17).

Maker of the Redwoods 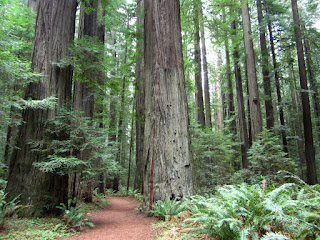 When my sons were growing up our family camped every summer in the coastal redwoods of California. We loved the state parks – Big Basin, Patrick’s Point, Prairie Creek, Portola, Butano, Grizzly Creek, Henry Cowell.

Being in an old growth redwood forest is like being in a cathedral. You are humbled by the scale of these trees – both their height and their age. They tower 200 feet above you, and some of them are over 2000 years old.

Heir of All Things! 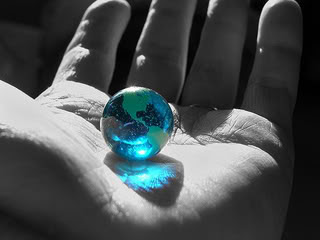 So to start off this reflection by saying, Christ owns us may provoke unpleasant feelings. And of course saying you own someone could remind people of the ugliness of human slavery.With those disclaimers aside, it is still true: you and I belong to Jesus even if we don’t follow Him. He owns us. And for that matter He owns all of creation.
Read more »
Posted by Jim Carpenter at 7:00 PM