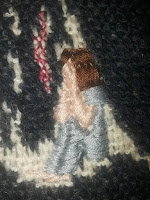 My wife is a weaver, and some of her woven wall hangings tell a story. One of my favorites is called “Where are You?” A lonely girl sits at the darkened mouth of a cave. The rough rock around her seems harsh and foreboding. Miserable and hopeless, she cries out: “Where are You?”


Only when you step back do you see that the rock of the cave is formed by two gigantic hands cradling her. The hands have nail marks in them. 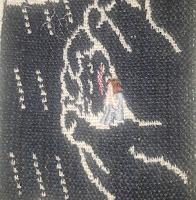 We don’t always see things the way they are. Jesus is nearer to us than we realize. There are times when He cradles us and carries us without our ever knowing.

The first verses of Hebrews 1 describe Christ in ways we would not know apart from God’s own revelation. So far we have looked at four of seven wonderful descriptions: Christ is Heir of All Things, the Creator, the Radiance of God’sglory, and fully God. 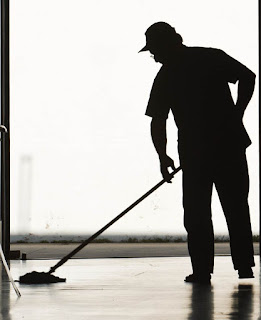 In the late 1970’s Bill Crawford was a janitor at the U.S. Air Force Academy.* While the cadets’ days were filled with academics and athletics, morning parades, room inspections, and leadership classes, Bill Crawford was cleaning toilets, buffing floors, and emptying trash cans.


He was  shy and unassuming , a gray-haired older man who looked like somebody’s grandfather. No wonder the cadets didn't take much notice.

But then one afternoon one of the cadets was reading a book about World War II, and the Allied ground campaign in Italy. It told the story of a Private William Crawford, assigned to the 36th Infantry Division, who had been involved in some bloody fighting in Italy. Private Crawford had, on his own, taken out three machine gun nests to prepare the way for the advance of his unit.
Read more »
Posted by Jim Carpenter at 4:56 PM