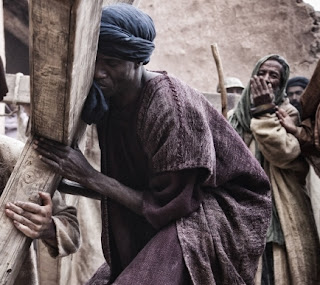 The day of Jesus’ death brought a seemingly random encounter with a man whose story is anything but random. Luke put it this way: And as they led him away, they seized one Simon of Cyrene, who was coming in from the country, and laid on him the cross, to carry it behind Jesus (Luke 23:26).

Why do Matthew, Mark, and Luke all reveal the name of a man who was only a face in the crowd? The movies always have uncredited characters – the guy holding the elevator, people seated at the next table in the restaurant. Why should this “bit player” in the drama of the cross be named? Simon. And not only named, but we’re told where he’s from: Simon of Cyrene. Why?