Singing in the Morning

When I was a little boy, my mother used to sing in the morning while she was making breakfast. It’s one of my happiest memories of Mom. Waking up to her pleasant soprano started the day on a bright note.

Being around joyful people tends to raise your spirits. Which makes me think about our Savior. It hit me the other night that He is full of joy, and that spending time with Him helps me find joy, too.

We’re used to thinking of Jesus as the “Man of Sorrows,” and certainly He was. But remember what Hebrews 12 says: looking to Jesus, the founder and perfecter of our faith, who for the joy that was set before him endured the cross, despising the shame, and is seated at the right hand of the throne of God. (v. 2).

His redemptive mission must have cast a shadow over every day of His earthly life. No wonder Isaiah says He was “acquainted with grief” (Isaiah 53:3). But what was the “joy set before Him?”


Joy in returning to a place of fellowship and love within the Trinity?
Joy at having completed His mission, completely purchasing the salvation of His people?
Joy at the adulation of heaven, the glory that He alone deserves?

Yes, certainly His joy includes these things, and probably a thousand more.

I’m glad my Savior is full of joy. This life is full of heartaches and hurts, but the One who loves us has overcome them all. “The joy of the Lord is your strength” is what Nehemiah told his grieving people (Nehemiah 8:10). I want to learn that, too.

I find joy in knowing that that my mom is not the only one who sings in the morning:

The LORD your God is in your midst,
a mighty one who will save;
he will rejoice over you with gladness;
he will quiet you by his love;
he will exult over you with loud singing.
(Zephaniah 3:17 ESV)
Posted by Jim Carpenter at 9:29 PM

Email ThisBlogThis!Share to TwitterShare to FacebookShare to Pinterest
Labels: joy of the Lord, singing

Last week various news outlets reported the discovery of a small papyrus fragment that includes the words, "Jesus said to them, 'My wife..'"

I guess some people thought this would cause evangelical Christians to flip out. “Oh, no, maybe Jesus was married!”

The fragment, only the size of a business card, dates to the fourth century—300 years after the completion of the New Testament. And it turns out that this “controversy” is part of a larger agenda to try to discredit the historic Christian faith. The Harvard professor who “discovered” this manuscript is already on record for rejecting the traditional view of God’s word.

The energy behind all this is directed to the replacement of orthodox Christianity, its truth claims, its doctrines, its moral convictions, and its vision of both history and eternity with a secularized — indeed, Gnosticized — new version. Just look at the attention this tiny fragment of papyrus has garnered.

Email ThisBlogThis!Share to TwitterShare to FacebookShare to Pinterest
Labels: marriage

The Good Kind of Jealousy 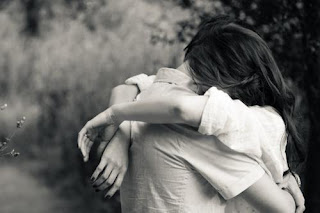 I am most gladly content that Christ breaketh all my idols in pieces: it hath put a new edge upon my blunted love to Christ. I see he is jealous of my love, and will have all to himself.

One of my heroes, Samuel Rutherford, wrote that over 350 years ago, but as I read it again recently, it seemed almost too good to be true. Christ is jealous of my love? He wants it "all to himself?" Really?

The truth that God is a jealous God is familiar to me. I the LORD your God am a jealous God (Exodus 20:5). I've always associated that holy jealousy as a passion for His own glory.

But can it actually be true that the precious Lord Jesus not only is jealous for His glory, but also actually desires my fellowship? Sometimes I am so sick of my own company that I can’t imagine why the God of the universe would bother, even after He has redeemed me. But He does.

God’s word says the Lord Jesus is a like a bridegroom who not only has redeemed His bride, but has an ongoing, purifying ministry to her until they can be together forever (Ephesians 5:25-27).

Here's what I know from Scripture:
I’ve been a Christian over 40 years, and I’m still getting used to the idea that Jesus loves me that much.

Posted by Jim Carpenter at 9:10 AM

What's So Special About You?

If you’re a Christian, you’ve probably had a moment when you’ve been overwhelmed by God’s grace. The glorious truth that you’ve been forgiven all your sins, welcomed into God’s family, and guaranteed an eternity in heaven is almost more that you can take in.

One reaction many of us have had is to ask, “What’s so special about me? What did I ever do to deserve all this?”

And how do we answer those questions? What is so special about us? Many Christians are inclined to say,  “Well, I was no saint, but I must have been a little bit special for God to have saved me. I guess I was 'a diamond in the rough.' Not much to look at, but the Lord knew my potential. He must have seen something in me to go to all that trouble.”

I sympathize with that answer, but it really is not supported by the Bible. The truth is, as Paul said plainly, For I know that nothing good dwells in me… Romans 7:18a. The Bible’s summary of your character, and mine, is devastating: we were dead to God, subservient to Satan, driven by our appetites, and deserving only wrath (Eph. 2:1-3).

Focusing on why you are "special" might be amusing, but it quickly bottoms out. Admiring and "wondering" about the Lord Jesus opens one vista after another, each higher and more blessed, enough to last until the sun burns out and all the universe is aflame with His glory.
Posted by Jim Carpenter at 12:45 PM

He Sees Your Tears

Do you suppose the President cares what kind of day you’ve had? What if you’re really sad, or depressed, or struggling with a personal problem—do you think you could put through a call to the White House and have a little talk with the most powerful man in the world?

Most of us would never expect that the President—or the Governor, Senator, or Mayor—would concern herself or himself with our personal problems. Right? The higher the leader, the less likely it is that he or she will have time for individual people. No knock on the leader—it’s just the way it is.

For example, remember the widow in Nain? Jesus and His disciples arrived in the little town near Nazareth in time to meet a funeral procession. A poor woman, already a widow, had just lost her only son. And when the Lord saw her, he had compassion on her and said to her, “Do not weep.” (Luke 7:13)

It seems so unlikely that God incarnate would notice anyone's tears, and if He did, even less likely He would have any concern about them. Yet Jesus saw this poor widow and He didn’t treat her as just another evidence of a fallen world. He cared for the woman in her grief. Her tears mattered to Him, so much so that He raised her dead son.

Then he came up and touched the bier, and the bearers stood still. And he said, “Young man, I say to you, arise.” And the dead man sat up and began to speak, and Jesus gave him to his mother (Luke 7:14-15).

Can you doubt that Jesus cares even for you and me? The gospel record assures us of this amazing truth: When we are bummed or afraid or bone-weary or discouraged, Jesus has compassion. The Lord of the universe is willing to exercise His infinite wisdom and limitless power (what problem is more intractable than death?) on behalf of people no one else would notice.

What a Savior.
Posted by Jim Carpenter at 9:28 PM In February I posted a request that we pray for an Iranian pastor who was facing execution for his faith. You can read the story again here.

Glory to God and thanks to everyone who prayed all all over the world: this faithful brother has been released! Read the story in World Magazine here.

But let's not forget, to quote the original post:


As we pray for Pastor Nadarkhani's release, let's also pray for his witness and his courage. And for our own. Because Christ is worthy--to live for and to die for.

What Would You Say About Jesus? 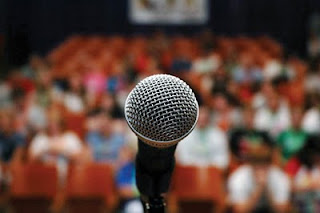 So the big political conventions are over, and our nation can finally get back to something really important – football! (Kidding. A little...)

The big speeches made me want to say, as Jean-Baptiste Massillon did at the funeral of the self-absorbed Louis XIV: “Only God is great!”

I got to thinking, what if I had been given five minutes to speak at one of those conventions. (Clint Eastwood was given only a few minutes, and made quite an impact with his extemporaneous speech and an empty chair.) If I had the chance, what would I say about the Lord Jesus? What about His character would I recommend? What admirable qualities would I lift up?

How about you? If you had only a few sentences to speak for the Savior, would you be able say, “My Jesus is great, and here’s what I love about Him…”

Seriously, what would you say?
Posted by Jim Carpenter at 10:30 AM

Safe Passage Through the Storm 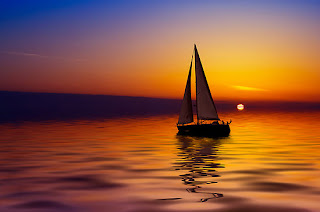 Jesus’ calming the sea is one of my favorite stories. I’ve written about aspects of it before: Storm at Sea, and Rescue Mission.

But I was reading it again in Luke 8, and I found more to admire about the Savior.

I don't blame the disciples for being terrified when the storm raged around them. But the truth is, they were as safe and secure as if they had already arrived.

Why? Because Jesus told them, Let us go across to the other side (Luke 8:22). When Christ determines a destination, He assures safe passage and certain arrival.

Jesus didn’t say, “Hold on and pray hard—a storm’s coming! Let's hope we make it.” He was so confident they would make it that He took a nap! …as they sailed he fell asleep (v. 23).

Of course the disciples’ growing panic got worse when the Lord fell asleep. He seemed to be ignoring--or unaware of--the danger they were in. “Master, Master, we are perishing!” they cried. And after all, who sleeps during a storm? Answer: Somebody who is at peace within Himself and completely unafraid of the harshest forces of nature.

Sometimes, in the middle of the storm, it feels like the Lord is asleep, unconcerned about our circumstances. But despite appearances or feelings, He is completely in control and absolutely committed to His good plan for His children.