Don’t Spike the Ball before You Reach the End Zone: A Reflection on Finishing Well 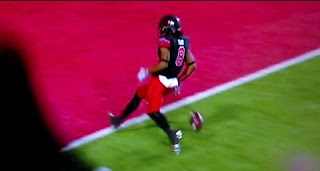 Winning early is not the same as finishing well. Everyone has a story about some hotshot who wowed his company/school/coach and then flamed out before ever reaching the finishing line. The Bible has stories about such people, too.

I want to learn from those whose early success was marred (or erased) by a later implosion of professional or personal failure.

Another Reason to Look Forward to Heaven

The main reason to look forward to heaven is the presence of Christ. When Jesus prayed for "His sheep," He emphasized that the highest blessing the Father could bestow on them is to bring them into His glorious presence forever: “Father, I desire that they also, whom you have given me, may be with me where I am, to see my glory that you have given me because you loved me before the foundation of the world” (John 17:24).


Anyone who truly loves Christ needs no other motivation to long for heaven. Like the Psalmist said, “Whom have I in heaven but you?” (Psalm 73:25a)

Yet there are other reasons to look forward to heaven.

No Bias in Agent Smirk. His Heart is Pure! 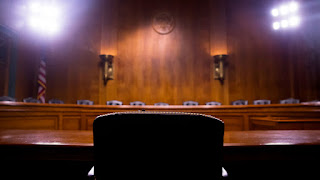 This week I listened to the testimony of an FBI agent before a Senate Committee. I bet you know who I’m talking about. Rather than use his actual name (which temptingly rhymes with words I shouldn’t use), I’ll call him Peter Smirk.

Mr. Smirk’s bias for Hillary Clinton and against Donald Trump was on clear display in text messages he shared with his mistress, another FBI agent. When faced with the evidence, he -  unbelievably - defended himself by proclaiming that he is an incredible patriot and would never, ever act out of bias.
Read more »
Posted by Jim Carpenter at 8:45 PM

Many years ago I saw a documentary about volcanoes. There were plenty of shots of glowing lava moving moltenly and inexorably down the face of the mountain. But the image that has stayed with me was of a very wealthy businessman (I know he was very wealthy because that’s what the narrator said) hurling his super-expensive wrist watch into the lava. The watch thrower, the narrator further explained, did it as an act of worship to honor the god of the volcano.

(By the way, remember the “Deep Thoughts” of Jack Handey from early SNL: If you ever drop your keys into a river of molten lava, let 'em go, because man, they're gone. So don’t have second thoughts about your Rolex™.)