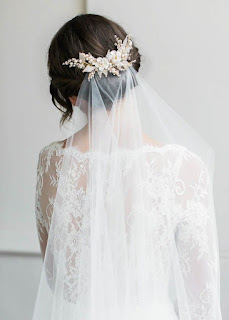 I never understood what he saw in her in the first place. She was pretty, I guess, in a wild, unhinged sort of way. But she had no family, no education, no job (not a decent one anyway). And frankly I didn’t see any evidence that she even felt the same way toward him that he obviously felt toward her.

But it was none of my business. I’ve been able to live peacefully in this neighborhood all these years by keeping to myself and out of other people’s business. But I never thought it would work out.

So they got engaged. He looked happy, she looked, well, like a trapped animal. My opinion.


Anyhow, I remember thinking, this guy deserves better. He was perfect, really. Kind to everybody, and not pretentious at all despite his position and background. Just a really, really nice guy. The kind of man you would dream about marrying your daughter. (But, come on, not a girl like this.)

Right after the engagement, he had to go away. I heard him tell her, “You get ready, and I’ll be back.” I don’t think she answered him. He smiled at her, got in the limo, and off he went.

So she’s here, in her old neighborhood, still living with her loser roommates, girls just like her, while the Noble Knight is off somewhere. This will not end well, I said to myself.

He wasn’t gone more than a week when I see guys showing up at her house, their tricked out engines roaring, stereos booming loud enough to rattle the windows. Day and night they came and went.

In a few months a bunch of them had moved in. The neighborhood had been rough, poor, with older people like me clinging to homes they bought 30 years ago. It had been bad enough when she and her roommates were seeing men at all hours. Now cars pulled up, windows rolled down while one of the guys from the house shuffled up and made a quick exchange.

Her little house became an armed camp. The drug traffic increased, and I would see her occasionally stepping outside to talk to a customer. I didn’t get the feeling she needed to be rescued. She was just part of it.

I ran into her once during this period. I’m just two houses down, and I had just gotten off the bus at the corner and was carrying my groceries down the sidewalk when I looked up and here she came. She was dressed like a tramp, excuse me for saying. Her head was down and she was on her phone. I guess I surprised her, surprised myself, too, by saying, “Hello, Missy. How you doing?”

When she looked up, I was shocked. She looked bad, like a cadaver with a cellphone. Her face was dead-fish pale, but mottled with sores. But the worst were her eyes. Absolutely flat, black as holes. There was nothing there, no spark of anything. Other than staring at me, she didn’t reply at all. It creeped me out. I thought about her fiance,  and I felt so sorry for him.

Months passed, maybe years, I’m not really sure. The gang ruled the neighborhood and regular people like me just got by. You never saw a police car any more. We were like some little island, ruled by evil people who would kill you without thinking twice.

But finally he came for her, like he said. I don’t know if he knew what she had become, but one day there he was. His driver parked on the corner, and he got out of the big car and walked toward her house. He looked so out of place. Like one of those movies where everything is in black and white except for one person. So he was in color and everything else was shades of gray.

He was relaxed, handsome, expensively dressed, and ready for his bride.

I was sitting on the porch that day, and he walked right past my house. I tried to say something. “Man, don’t go down there. She’s not the same. She’s been…forget about her.” He smiled at me, and kept walking.

Well, before he got to the front door he was surrounded by those young thugs. They started shoving him, and cursing him, and it wasn’t long before someone threw a punch that landed behind his ear, and he dropped. They kept at it, kicking him, spitting on him, I saw somebody lift a brick, and another one lunged down with a shiv in his hand. It came up bloody.

You probably think I should have called the cops. You’re right. But he was already past helping, and I have to live in this neighborhood. I thought about trying to talk to his driver, but the car was gone. I just went back in the house, set the deadbolt and pulled down the shades.

I don’t know what they did with the body. My neighbor across the street said they just dragged him into the alley and left him there.

You know what was the worst? I can’t get this part out of my head. At the end, when they had him on the ground, she came outside, and joined in. Not just watching, mind you, but spitting and cursing and bending down to take her shots too.

Well, that was it for me. It took me a couple days to work it out, but I called my brother up north, and he said if I could get a bus ticket up there, I could stay with him. I was just going to lock the house and walk away and never come back. So that morning I had my one suitcase packed and on the front porch, ready to head for the corner when it happened. You may not believe me. You probably think I’m an old fool. Maybe I am. But I swear to you, this is what I saw.

All morning as I was packing, I keep looking toward her house. Somehow it felt like somebody left the lion cage open. Got to get out of here, I kept telling myself. Anyhow, almost like slow motion, he walked around the house from the alley. Just like that. It was him, for sure. I may be old but my eyesight is still sharp. It was him, but he wasn’t beaten bloody anymore. He didn’t look like a corpse. I mean, he was alive, and somehow more alive than anyone I’ve ever seen.

Well, the punks that were always hanging around, some of them sitting on steps, some of them leaning against the porch railing, they suddenly became aware of him. I mean, like suddenly. Like the cage was open and now here is the lion. Freaked out.

A couple guys just split. I mean, running. Meanwhile he just casually walked closer, toward the front door, and – I know this sounds nuts – there was a kind of light around him. Like he had his own personal spotlight, even though it was mid-morning.

The others who hadn’t run, well, they closed in again, just as they had before. They laid hands on him, but all he did was shake his head – like, Nope. Not this time. They were thrown back as if they’d all touched a power line, and then they just toppled over. I don’t know if they were dead. Don’t much care either.

He walked up the steps, opened the door, and entered the house. I heard yelling, a lot of people yelling. Then there was a pause, and I heard gunshots.

Well, by this time my friend across the street was out on his porch, and I saw a couple other old timers pulling their curtains back. We were all staring at that open door.

Then came the screaming. Just one voice. Turns out it was her.

When he walked out, he had her in his arms. She was fighting him - screeching, cursing, flailing her arms and legs, clawing at his face. She didn’t even look human anymore.

Well, he was strong enough to take it. He held her like you would a toddler having a tantrum.

He paused at the bottom of the steps, and despite her thrashing and clawing, he leaned his face close to hers. I don’t know if he kissed her or whispered something,

That was the second miracle I saw that day. It was like the light around him grew, and covered her, too. She instantly became quiet. Her hands, which had been claws or fists, crept around his neck and clung to him. The color in her face was back, her eyes were shining, rimmed with tears. And she was smiling up at him. It was the most beautiful thing I've ever seen.

He didn’t put her down - she just fit there in his arms as he walked up the block. They stopped at my porch and looked up at me. They were both smiling so big, and their tears were still coming - it was enough to make your heart break. He said, “We’re having a wedding supper tomorrow night. We want you to come.”

I wanted to run off that porch and throw my arms around both of them. But I just said, “Yes. Yes, I’ll come. Yes.”
Posted by Jim Carpenter at 4:02 PM