What Happened to Charlie? 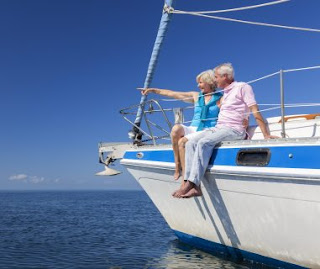 “Howdy, Rich. I just need some screws. I can find ‘em my ownself.”

Sam shuffled down the aisle, and Rich stayed put in his seat behind the counter. Five minutes later Sam reappeared, puffing a little from his walk, and tossed a couple small boxes on the counter. Rich rang them up.  “That’ll be $298 even.”

“Now I know why they call them screws,” said Sam, extracting three one dollar bills from his wallet. “You keep the change. Get you somethin’ nice.”

The Bossman Takes a Holiday 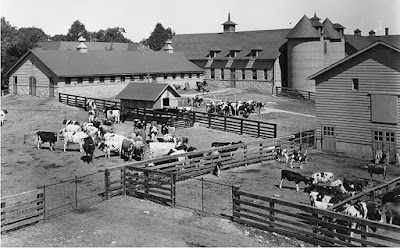 Me and the boys rolled out at 5 like every morning. The cook had sent us down some biscuits and Charles fired up the stove and put the coffee on. I set them biscuits out on our little table and found the jar of honey the cook give us last time. As usual Danny stayed in bed till the last minute.
Read more »
Posted by Jim Carpenter at 7:17 PM

Email ThisBlogThis!Share to TwitterShare to FacebookShare to Pinterest
Labels: fairness, investments, Parable of the Talents, stewardship 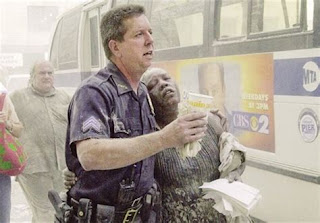 Today is the day we’ve come to know simply as 9-11. Where were you when the planes crashed into the World Trade Center, into the Pentagon, and into the field in Shanksville, Pennsylvania? Nobody who lived through that day will ever forget it. And we must never let it be forgotten.

It wasn’t just the nearly 3000 people that died on our own soil at the hands of Muslim extremists. It was the shock of it, the disruption of it, and the way the world was forever changed on that day. It was, seared into our memories, the sight of jumbo jets crashing like fire-bombs into the Twin Towers. It was flames and melting steel, and smoke and soot covering everything and everyone. And we also watched the horrific sight of people jumping from the inferno behind them into the impossible height below them. Estimates are that 200 people stepped into the air, knowing it was their last act of choice on this earth.

I’ll never forget those who ran back into those buildings, time and again, to try to bring people down. Stories of heroism abound. So many who wore the uniform, and many who didn’t, gave their last breaths to save others. There was sacrifice, exhaustion, poignant phone calls, folks going above and beyond any call of duty. Everybody tried to help everybody. Covered with soot and grime, skin tones were undetectable and irrelevant. We were all brothers and sisters, standing, kneeling, and helping together.

For a short time, America came together. We had been attacked, we were all in shock and in grief and in fear, and we all stood together. I remember a day when everyone on our block stepped out of their homes, shone a light, and shyly spoke words of reassurance to one another.

Look, on this day, please don’t bother me with rants about how evil America is. I’m proud to be an American, and I’m proud of the America that wept, sacrificed, stood, and overcame. Together.

Today once again buildings are burning, people are perishing, and enemies are gloating. But this time the tragedy is not marked by unity and sacrifice for others. This time there is a deliberate attempt to divide us – to divide families, friends, churches, cities. A whole country. It’s an attempt to turn us into screaming factions who are willing to do violence to have their way. It is a cynical, evil, demonic exploitation of a just cause (racial harmony) with the real agenda of destroying what is good in order to achieve raw, ugly power.

On this 9-11, I know America is better than this. We have overcome attacks from within and without, and we did so by putting our arms around one another and standing against the forces of anarchy, division, and extremism.

Our God has shed His grace upon thee – thee, America. His grace is limitless, and it will not stop, as long as we continue to turn to Him. Jesus is the kind of Person who runs into burning buildings and takes the place of others so they can be free. But He even beat death, and He still stands with us.

Let’s put our arms around one another again. Let’s stand together covered by the blood of Christ, under the banner of His mighty Name. We mustn’t get our marching orders from Marxist haters, from disaffected 60’s radicals, from tech giants or political parties. For the weapons of our warfare are not of the flesh, but have divine power to destroy strongholds. We will stand together, centered around the Bible, arms around our brothers and sisters, lifting up Jesus. We will pray, call down God’s armies, love others, oppose evil, and…we shall overcome.

Posted by Jim Carpenter at 3:56 PM 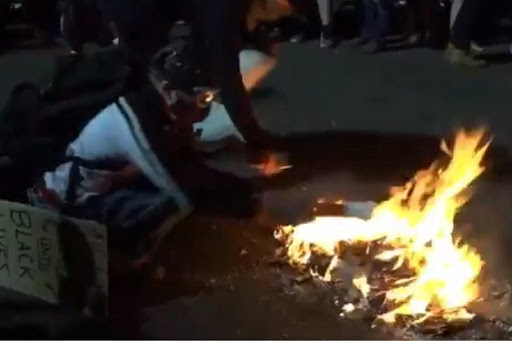 A couple of weeks ago we learned that Antifa and other “protesters” were burning Bibles in Portland, using them for kindling in an attempt to set the U.S. Courthouse on fire. I’ve been thinking about book burning, and my imagination led me here.

I’m a collector of old books. Which is a felony, of course. That’s why you’ll never find a little shop bearing my name on 3rd and Elm. This is the black market, friends, and if anyone could trace this short missive to me, I’d be sent to a camp. Or worse.

So be careful, gentle reader, because you’re in danger, too. I really want you to read this, but please don’t take unnecessary chances. 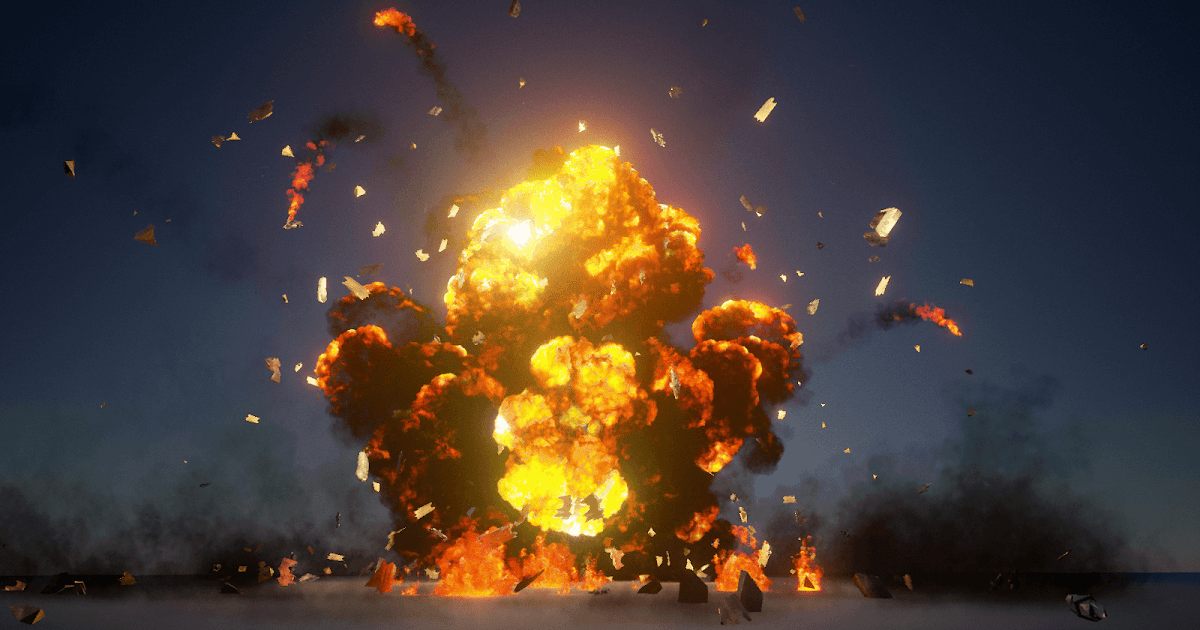 My partner and I headed into the city, shrouded both by our robes and by the gathering darkness. We were dressed like the locals, and we stayed away from main streets and public places. We had worked together before, so it was easy for us to slip through the alleys and up quiet residential streets, headed toward our subject and the planned extraction.

The orders were unmistakable – get this family out.

Email ThisBlogThis!Share to TwitterShare to FacebookShare to Pinterest
Labels: friendship with the world, Sodom and Gomorrah

I Want to be Ready 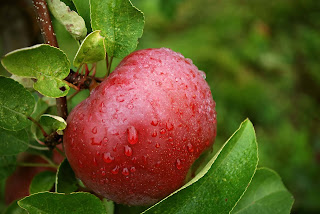 The two tall shining ones were ushering their newbies into the New Land. Ayzair’s charge, Sam, kept chattering away, overjoyed.

“Hey, thanks for helping me…when do I get to see Jesus? Oh, wow! Look at the size of those trees! Are those apples? Oh, my gosh, can I eat one?”
“Of course,” said his giant helper. Sam jumped maybe 20 feet in the air and landed holding an apple the size of a grapefruit. “Oh, my gosh – that’s the best apple I’ve ever tasted,” he said, mouth full and chin dripping juice.
Read more »
Posted by Jim Carpenter at 3:03 PM 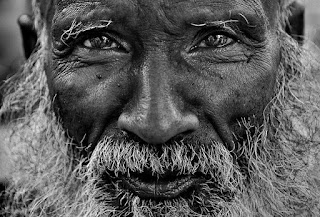 Momma told me Mr. Terrance worked three jobs to keep the family going, and she figured his heart just gave out even though he was only 42. Junior was 10 at the time, and that’s when folks started calling him “Big Daddy.” He was nearly 10 years older than me, and I never knew him as anything but. Back in those days, nobody thought anything about an unusual name. You just looked at the person and didn’t worry if their name was new to you.
Read more »
Posted by Jim Carpenter at 9:25 PM